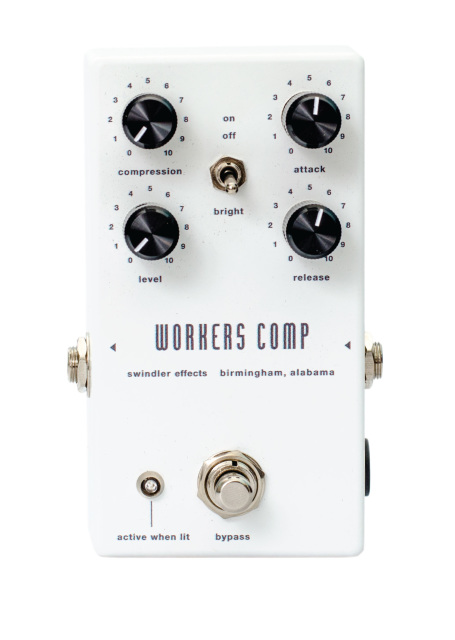 For too long, guitarists everywhere have labored against poor sustain and inconsistent dynamics. The time has come to unite against the oppressive forces of tone loss, and to reclaim the tone that is rightfully ours. The WORKERS' COMP is here to help. A fresh take on an old classic, it uses a unique configuration of the same chip found in the beloved Dynacomp and Ross Compressors to produce that familiar compressed sound, but with some much needed improvements. The WORKERS COMP offers more headroom with less noise, and additional controls to help fine tune your sound. It can go from adding just a hint of sustain and consistency to seriously squishy.

We've included level, compression, attack, and release controls, and upgraded to soft touch, true-bypass switching, so the only sound you'll hear will be the singing of your guitar.

Also included is a bright switch that helps to reclaim some of the high frequencies and sparkle that can be lost during compression.